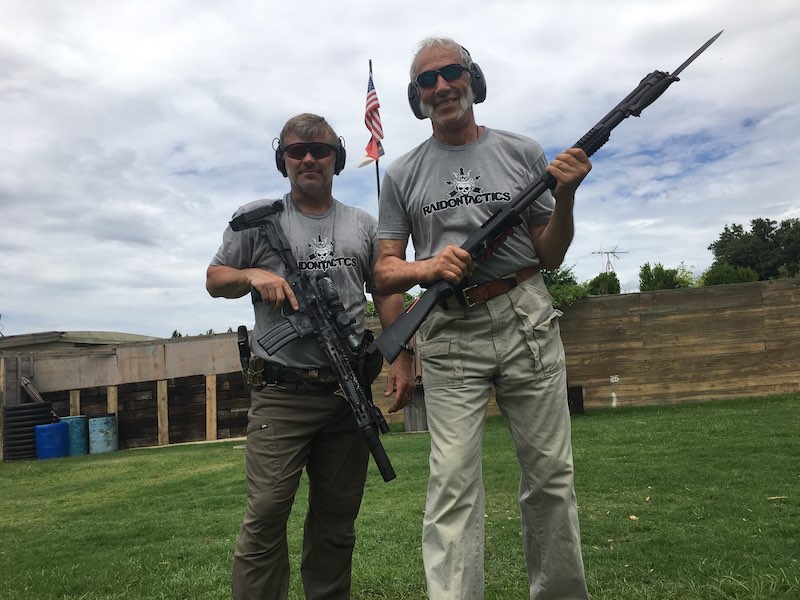 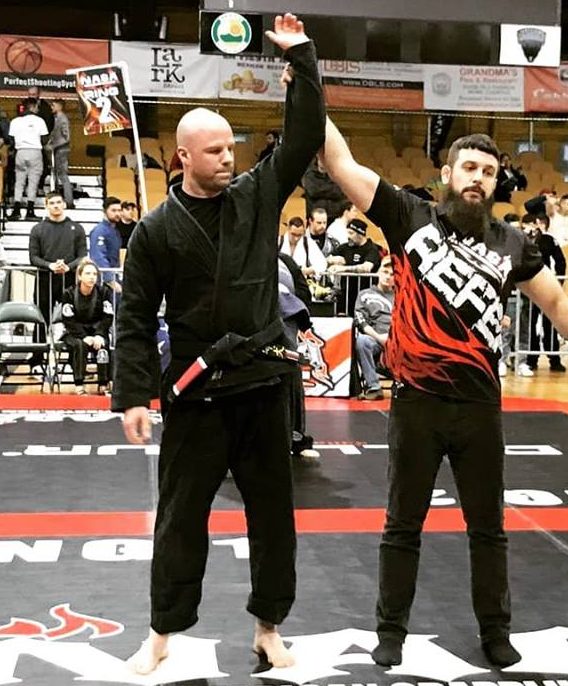 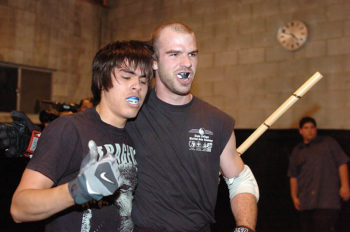 When I started Brazilian Jiu-Jitsu I had one goal: to successfully incorporate gi grappling into my stick fighting at Dog Brothers Gatherings.  I never enjoyed getting hit by a stick and suspected my opponents felt the same way.  Being able to end fights by inflicting the least amount of damage seemed like the most “humane” approach to a Dog Brothers Stick Fight. Jiu-Jitsu gave me a blueprint for how to accomplish this by using “submissions.”

The “no rules” aspect of Dog Brothers Gatherings coupled with the fact that at any time one can get hit with strikes from a weapon or limb (including head butts and the occasional groin shot) adds a whole new level of realism to a fight.  Not to mention the possibility of hidden training blades on my opponent that could come out at any time.  Albeit unintentional, I’ve even been fish hooked in a gathering.  This “realism” is an aspect of fighting that is widely neglected in Sport Grappling, the Striking Arts and Mixed Martial Arts.

“If You See It Taught, You See It Fought.” Nobody field tests like PG Crafty (the man who brought BJJ to Dog Brothers fighting) and the Dog Brothers. 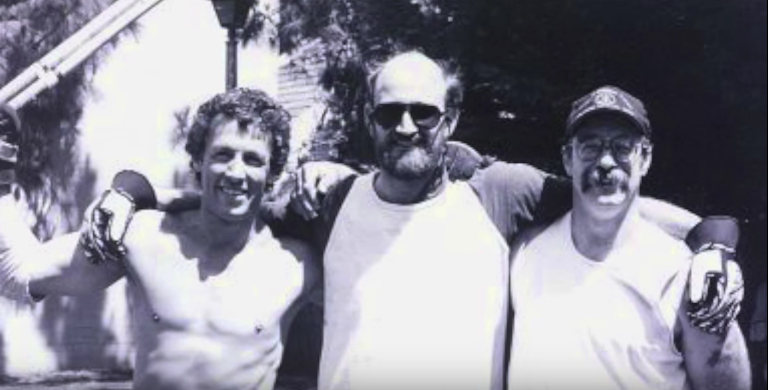 In addition to our annual Midwest Get-Together, we had a strong showing at the Dog Brothers Open Gathering in Los Angeles where several Midwest DBMA practitioners were recognized as “Dogs.” We also hosted a “Beat The Crap Out Of Cancer” event and raised over $2,500 for St. Jude Children’s Research Hospital.

Punong Guro Marc Denny traveled to the Midwest twice to teach seminars, and our regional groups continue to train hard.

PURCHASE DOWNLOAD “Statistically, you are far more likely at some point in your life to be dealing with the aftermath of a traumatic injury, be it bullet, blade, chainsaw, automobile, lawnmower, etc, than you are to be pulling out your gun or knife in self defense, and the person injured is likely to be you … Read more

Frank Shamrock on the March 2008 Cover of Gladiator Magazine!

Mixed martial arts and UFC fighting legend Frank Shamrock, called “the greatest fighter in the history of the Octagon” by UFC creator Art Davie, will appear on the March 2008 cover of Gladiator Magazine, the number one periodical for mixed martial arts, Brazilian jiu-jitsu, submission grappling, and combat sports.